The following post is Part II of our series: “Meet the Makers” tracking the production process of Avani’s indigo from seed to scarf. For more information about the series and an introduction to the Avani blog, see our first post. 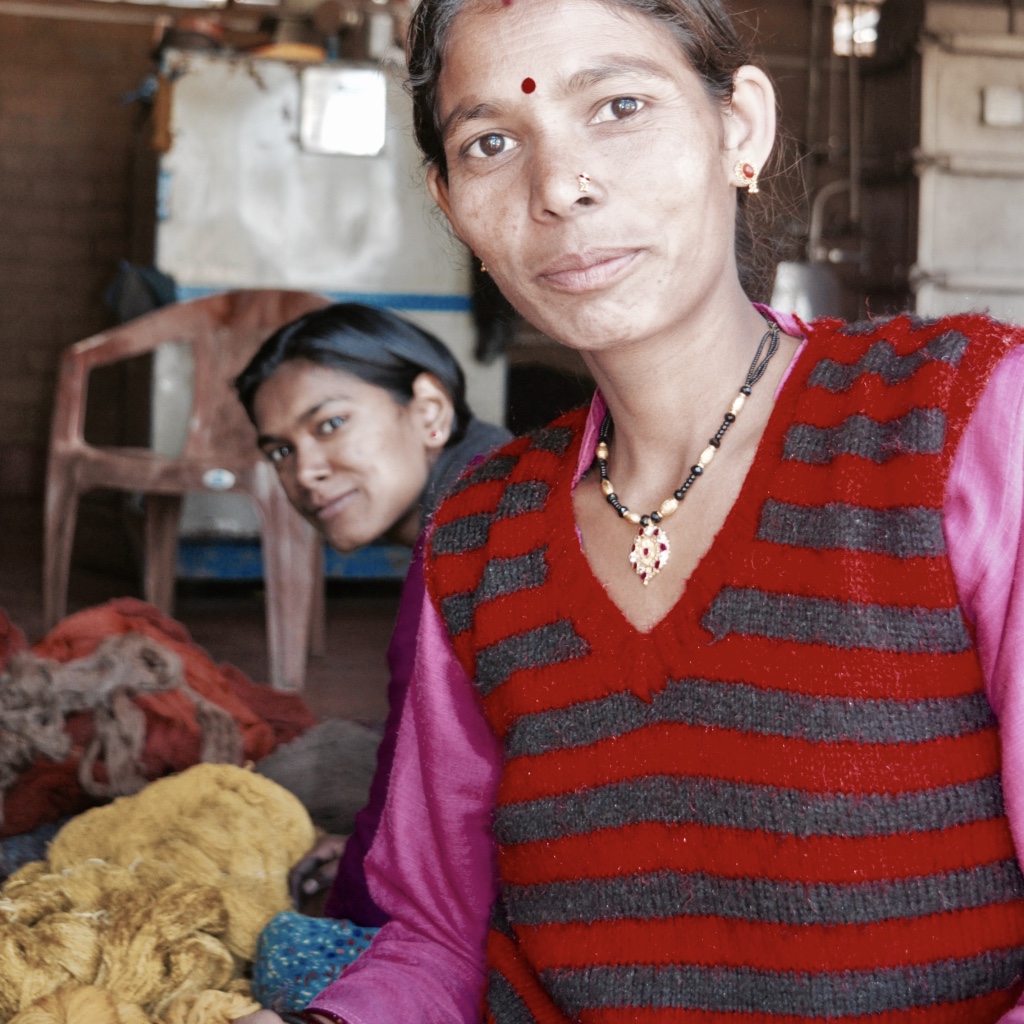 Kamla has been working with Avani for 6 years as a dyer. The role of a dyer can be very physically strenuous, and Kamla spends much of her day standing over boiling vats of dyes (which often smell quite foul), dipping heavy rods piled with wool, silk, and linen threads. As the head of Avani's dyeing unit, Kamla is in charge of ensuring that the colors on each batch of materials exactly match, a responsibility Kamla says is the most challenging aspect of her job.
Of all natural dyes, indigo is perhaps the most complex and difficult to master. Indigo products emerge from the vat a green-blue shade, and oxidize until they turn the desired blue. This means that Kamla has to accurately judge when a product has reached the proper shade of green in order to oxidize into the desired shade of blue, a skill that requires both intuition and an experienced eye.
Kamla began working for Avani when she had troubles with her husband and wanted her own, independent source of income. Since Avani has its own Montessori school on campus, Kamla also wanted to give her two daughters an opportunity to attend.
Check back tomorrow for Part IV: The Spinner.
Text by Camille Parker, Photos by Emilie Thevenoz 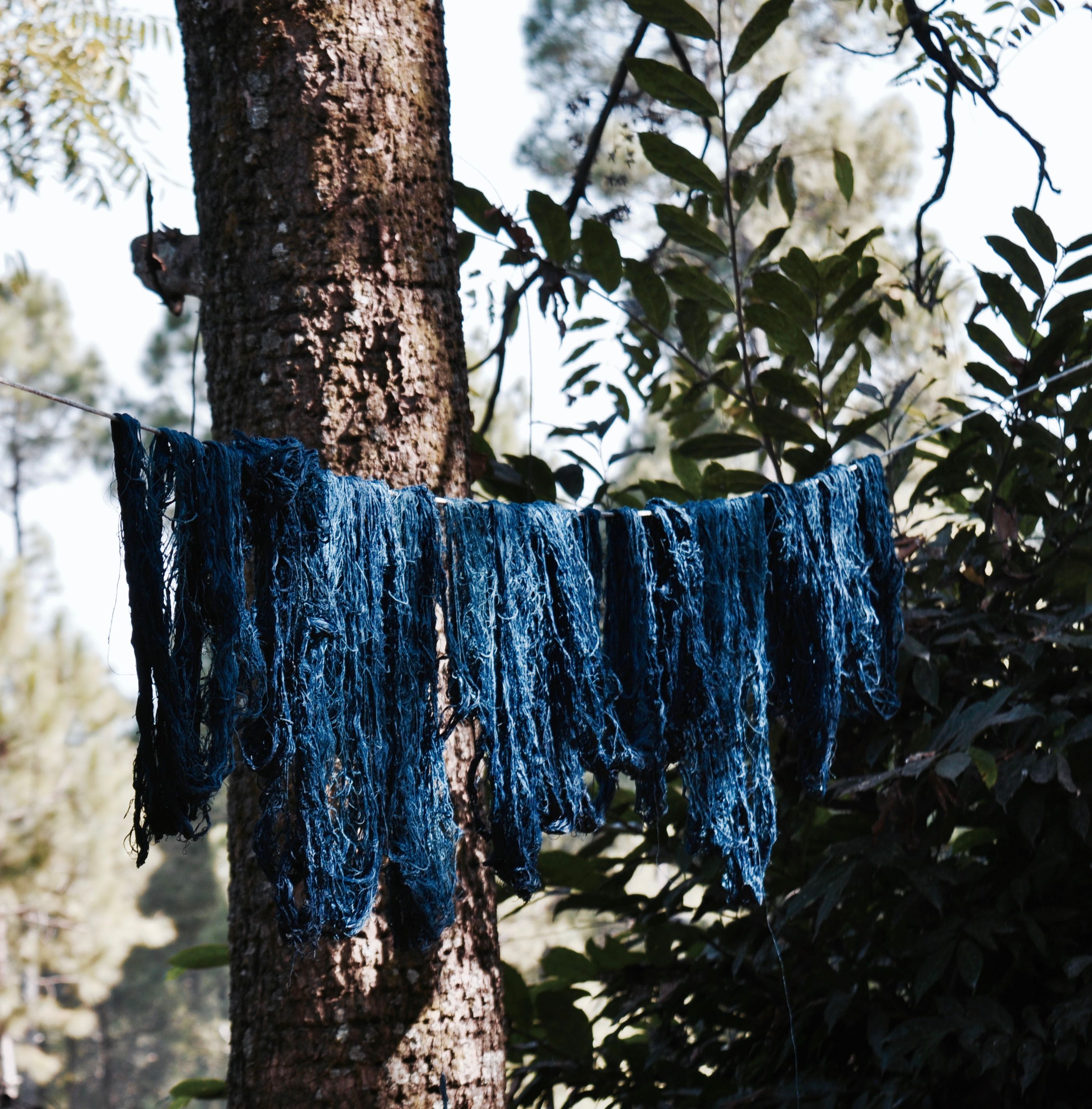